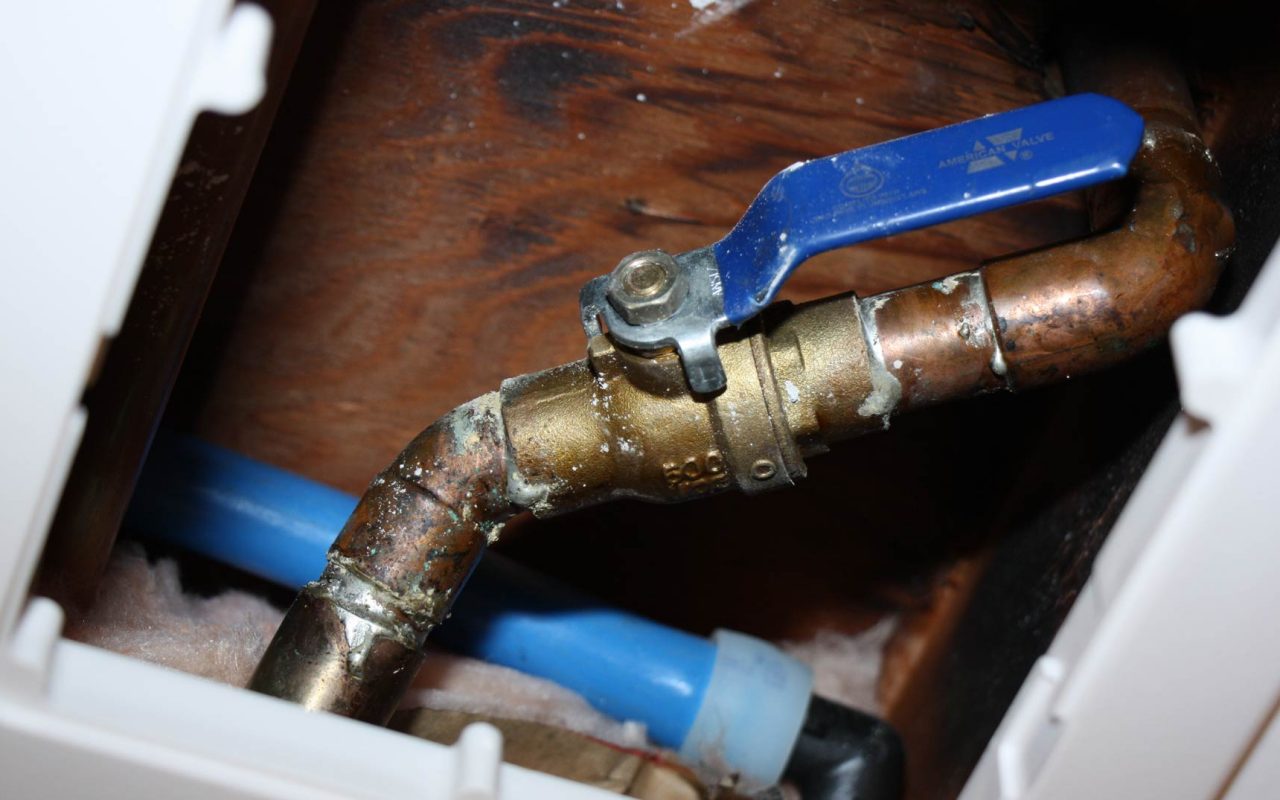 I recently helped a customer install quarter turn shut off valves into the second floor of an early 1970’s colonial. The former valves were removed when the basement was finished due to corrosion on the copper and the plumber rather than spend a little extra time and install an access panel and rework the plumbing simply removed the valves. When I asked the owner if the plumber even mentioned the need to replace the valves the owner said it was never even presented as an option.

This always frustrates me as a HIC. While costs sometimes exceed what a customer can afford the option for replacement especially in the situation of a full basement refinish should at least be presented. When the homeowner refurbished his upstairs bathroom and now without a guide or ability to determine where the plumbing was located due to a finished basement he accidentally punctured the plumbing leading to the upstairs with a nail gun. Over three months the nail hole got worse and eventually began leaking and now I was called to come in and not only install a new shut off valve but also install new sheetrock in the basement ceiling, install an access panel for the shut off valve as well as prime and paint to finish the job.

Two lessons learned here. First, the shut valve not only serves the purpose of shutting off water to the upstairs whereby the homeowner would not have lost water to the whole house for a day while I installed the valves, but it would have also helped provide him a guide as to where the plumbing was located as it provides an opening by way of an access panel to shut off water and see the plumbing in the ceiling in the basement. He would have known and been able to measure where the pipe ran and then not nailed into the pipe with his pneumatic nailer while completing trim work and thus preventing the water damage to the basement ceiling.

For all your plumbing, sheetrock, basement refinishing needs, All In 1 is here to help. Give me a call.